We at Wavelength have some really exciting news to share today. 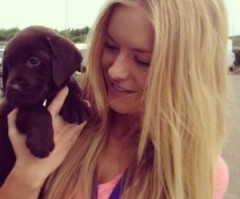 Our Ambassadors will help to spread the word about WaveLength, act as inspiration for our beneficiaries and supporters, and amplify the voices of our beneficiaries – both among people who need WaveLength’s help but haven’t heard of us yet, and among potential donors.

Although WaveLength has been around for a long time, with our small staff it can be hard to raise awareness. Our new Ambassadors understand loneliness, and they understand media technology’s power to transform lives.

Expect their smiling faces and friendly voices on our upcoming new website, on ads, leaflets and flyers, and on WaveLength’s podcasts and videos.

Freddie ‘Parrot Face’ Davies has been a beloved standup and TV comic since the 1960s, following an early appearance on Britain’s first televised talent show, Opportunity Knocks. He has also acted in TV programmes and films including Harry Potter and the Prisoner of Azkaban.

Kirsty Rose Heslewood is a model and the reigning Miss UK. After suffering extreme shyness and selective mutism as a child, she became Miss England in 2013 and then beat off Miss Wales, Miss Scotland and Miss Northern Ireland to be crowned Miss UK.

Miki Travis has been in showbiz since he was 14. He is a comedian, magician, impressionist and children’s entertainer. He loves audience participation, and loves seeing laughing faces!