Recently I was very touched to hear from a Cambridge Women’s Aid staff member.

Women’s Aid Refuges were the first organisations we partnered with, giving TVs and radios that help many people passing in and out of the refuges. Families who’ve suffered domestic abuse are terribly lonely and isolated, through no fault of their own. As Annie at Cambridge Women’s Aid says, “All of the families living in refuge have had to leave their support networks to come far away to be safe, and start again in a new part of the country where they do not know a single person.

“While in refuge our families are at a terrible disadvantage. Due to safety reasons, the children cannot invite new friends over from school or tell them the truth about their living situation. Mums tend not to make friends outside of the refuge as it is too difficult to share their “back story”. These factors isolate our families.” 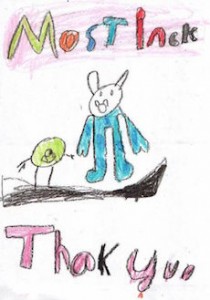 e is also a real danger of families becoming dangerously isolated when they move out of refuge into homes of their own. This should be a happy move, but while they’ve left abusers behind, they’ve also often left most of their friends and family in another part of the country, and are given very little furniture etc to set up their new homes.

Annie says, “Children are acutely sensitive to school friends thinking their living situation is odd or strange. They don’t want to look like a family that’s just moved out of a refuge. They won’t invite friends round unless their home looks like other children’s homes, and it’s almost unimaginable for children to live in a house without a TV. I can guarantee that most children would be too embarrassed to cement friendships with friends coming round their house if there was no TV in that household.

“Mums will also take a long time to build up support networks once they have left refuge. Experiencing domestic abuse is damaging in many ways, and leaves an enduring impact on people’s ability to trust and form new relationships. Many mums, particularly those with small children, will spend large amounts of time at home. It takes a long time before their life feels “normal” enough for them to go out into the world with confidence. Until then, their home is very much the centre of their life and the place they will come to feel safe in. y’ve lost the camaraderie of the refuge where there was always someone to have a cup of tea or a chat, but having a TV makes their new home feel like a proper home. It gives them a link to the outside world and lessens the impact of their loneliness.

“There is no doubt that the donations of TVs from Wavelength go a long way to combat the isolation and loneliness that our mums and children would experience without a TV in their new homes.”

It’s great to know that we’re making a difference to these incredibly brave people, who make new lives for themselves after years or decades of isolating abuse.Come Christmas Day, I’ll be incredibly happy to think of families huddled round their WaveLength TVs in new, safe, loving homes.