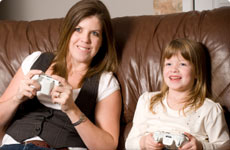 April has been a busy month for us here at WaveLength. As a national TV charity, the digital TV switchover had a huge impact on what we do. Many of our beneficiaries live in London, so when the capital turned off analogue on the 4th and 18th April, we had a lot of phone calls and emails from people confused at the changes. Thankfully, these have subsided now as we were able to help a lot of people to get their TV service.

Remember though, if you’re a beneficiary and you do need help with your TV or radio function, WaveLength is happy to act as first port of call.

But April wasn’t all about the digital switchover. We also welcomed a new social media volunteer, Louisa, a carer for vulnerable people with physical or mental health difficulties. Louisa introduces herself here. She’s been tweeting away for us brilliantly – a bit thank you to Louisa, and to our other volunteers from this year, Emma, Thursa, Abigail, James and Clare!

April also saw productive meetings with the Consumer Expert Group, where Tim discussed the future of access to digital radio, and with our chairman Stephen Derrick, who’s beavering away on the BBC’s iPlayer listen-again service! Did you know that you can get iPlayer on some TVs, even if you don’t have a computer? Advice here. Meanwhile, our animal supporters have been putting smiles on a lot of faces, as you can see. Bella the rabbit is our newest supporter, but it’s too soon to tell if she can win more hearts than Stanley the dog or Mutz the cat!

On a more serious note, April saw the launch of our women’s aid campaign. We want to raise enough money to repeat our highly successful trial project of installing TVs and radios in three women’s refuges, across the country. To read more about the brutal systematic isolation suffered by victims of domestic abuse, go here. To donate to WaveLength – which helps victims of domestic abuse and torture, as well as the elderly and long-term sick or disabled – you can use the postal methods outlined on our ‘Make a Donation’ page, or do it in a couple of clicks at https://www.justgiving.com/wavel. Plus, we’re signed up to a new seamless giving service on Twitter, www.giv2.it, so if you already have a JustGiving account, you can easily enable giv2 to make donations just by tweeting to our name, @WaveLengthTV, with the amount you want to give and the hashtag #giv2

At WaveLength, we love to hear from you. So if you want to share news or feedback, do get in touch with the contact details from this website, an email to [email protected], or by searching for ‘WaveLength Charity’ on Facebook or Twitter.