Today, MSN is launching a Campaign Against Loneliness, to increase awareness of the issue across the UK. And we are very happy to be taking part in the campaign! 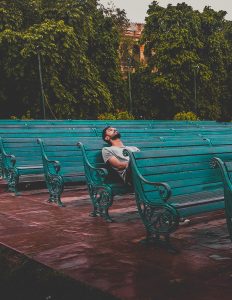 What is the campaign?

MSN UK has launched an online campaign to raise donations, awareness and volunteering efforts to help the estimated 9 million people in Britain who often or always feel lonely.

Loneliness is not just a problem for the elderly. It crosses all age groups. An Office for National Statistics report says that 16 to 24-year-olds feel more lonely even than pensioners and those who are affected are more likely to self-harm or suffer from depression. One study has likened the health impact of loneliness to smoking 15 cigarettes a day.

The issue is so widespread and so debilitating that the Government has appointed MP Tracey Crouch as the first ever Minister for Loneliness.

In an effort to help combat the problem, MSN has partnered with Mind, the mental health charity, with the Campaign to End Loneliness and with Wavelength. Any monies raised will be split equally between the three.

The campaign will run for a month from today. Throughout the campaign MSN will share news stories on loneliness, as well as articles from WaveLength and the other charities. Readers will also have the chance to donate to the campaign.

MSN’s campaign is an exciting step in the journey towards tackling loneliness in the UK. While there have been lonely people across the country for decades, it has only recently begun to lose its taboo. WaveLength has been fighting loneliness since 1939, and we’re delighted that so many others are also taking up the challenge!

We would like to thank MSN for choosing WaveLength to be one of the featured charities in their campaign.