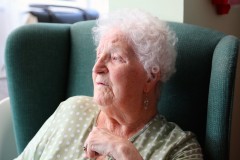 For some, being alone is a luxury. Taking the time to recharge, focus on personal projects or catch up with a favourite TV show can be a welcome break from a tiring job or busy personal life. But for many being alone all day every day is a fact of life.

According to the Campaign to End Loneliness, over a million older people in the UK are chronically lonely. But this problem doesn’t just impact the elderly – 53% of 18-34 year olds also struggle with loneliness. Human beings are social creatures, and recent research has shown that feeling alone is not just upsetting – it’s actually bad for our health.

How does loneliness damage health?

Over the last few years scientists have been working to uncover the real impact that loneliness can have on our wellbeing.

In a 2015 study, researchers found that loneliness was related to long-lasting changes in the body. The study showed that when someone is lonely they feel socially threatened, and so their brain triggers the ‘fight or flight’ reaction in non-threatening situations. This response means that the body produces fewer infection-fighting white blood cells, which leads to a less active immune system and increased inflammation within the body. In short, lonely people are less able to fight off viruses, and if they do get sick their bodies are slow to recover.

And this doesn’t just mean that lonely people get more coughs and colds. Loneliness and social isolation are risk factors for coronary heart disease and stroke – two of the leading causes of premature death in the UK. Through a review of 16 long term studies (including one that lasted 21 years) researchers found that people who lacked strong social relationships were 29% more likely to suffer from CHD and 32% more likely to have a stroke.

Researchers have also found that people with fewer social connections have higher levels of the CHD- and stroke-causing protein fibrinogen in their blood. Fibrinogen, which causes blood to clot, is released when our body is anticipating an injury – or when our brain triggers the fight or flight response. While this is essential when we cut ourselves, too much of it can lead to increased blood pressure and blocked arteries, which can ultimately lead to CHD and stroke.

All of these things combined mean that social isolation and loneliness are linked with a 30% higher risk of an early death. And while the discussion of loneliness tends to focus on elderly people, research has actually found that this risk is greater amongst people under the age of 65.

Loneliness doesn’t just damage physical health and shorten our life expectancy. A recent study has found that people who are lonely are more likely to later experience social anxiety, paranoia and depression, and that feelings of social anxiety are a predictor for future loneliness. Research has also shown that people with dementia are more likely to be lonely than those without, and that lonely dementia sufferers experience a faster cognitive decline than those with more social connections.

What can we do about it?

All in all, the case against loneliness is stacking up. The findings of all of these studies are helping to raise the profile of the problem, and more and more people are calling for loneliness to be tackled as a public health issue.

Luckily, there are some simple things that we can do to help reduce loneliness and social isolation. 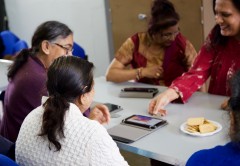 Our own research has shown that loneliness and social isolation can be alleviated with something as simple as a TV or a radio. For people who find it difficult to leave the house or to meet new people, media technology can offer a window to the world. Friends, communities, neighbours and family – whether they are available physically or virtually – can all help isolated people to feel less alone. These simple things can help to reduce loneliness, improving people’s mental and physical health and helping them to live longer and happier.

If you know someone who you think could benefit from our work, you can recommend them to become a beneficiary. Take a look at our application page to find out more.