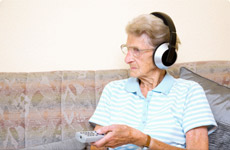 WaveLength’s guide to the digital TV switchover – how to cope and how to help others.

What is the Digital Switchover?

The UK’s digital switchover was first mooted in 2009, and plans were confirmed in 2005. The first area of the UK to lose its analogue signal and gain digital was Cumbria, in 2007. Since then, the UK has been converting on a region-by-region basis. Currently (June 2012) the only regions still using analogue terrestrial TV and TV stations are Tyne and Tees, and Northern Ireland.

Homes with digital TV receive between 15 and 40 channels, a wider variety than is possible on analogue. If you’re currently using Freeview or another digital service, your reception will probably improve once the switch is complete in your area.

Digital TV uses less broadcast space than analogue signal. This frees up space for wireless broadband, high-definition TV, and other services which are seeing rapidly increasing demand. It also makes digital TV cheaper for broadcasters to produce (although the content is the same).

What help is available?

The national Digital Help Scheme provides advice, installation and 12 months’ aftercare through a helpline for people who:

The service usually costs £40. However, if you meet one of the criteria above, and receive Pension Credit, Employment and Support Allowance, Income Support or Job-Seekers’ Allowance, it is free. Though closed now for regions which have already gone through digital switch, it is still available to people living in Tyne and Tees and Northern Ireland.

For some years, WaveLength has been providing digital equipment where possible as we’ve been aware of the impending loss of analogue signal. If you are a WaveLength beneficiary, or are worried about the effect of the switch on one of our beneficiaries, you can get in contact with WaveLength through phone, email or letter for advice and support. Please note we may not be able to immediately provide new equipment if yours is affected by the digital switch.

How does it work?

From now on, you will need a digibox or digital TV to watch TV. If you already had a digibox before the switch, you will have to retune it. (Generally, it’s a good idea to do this once a month in any case, to achieve the best possible signal – there’s guidance on how to retune here.)

There is no need to buy a new aerial if you already have a digital or cable TV. However, analogue TVs may need replacement aerials in order to pick up the new digital signals. Many people are instead choosing to buy a new digital TV. To find out what you need, you can take a look at these guidelines. However, for more tailored advice, it’s best to consult a local electrician.

Make sure that you choose an electrician who you or someone you trust has used before, or who has a long and reputable track record. For sources of more support and advice, see the help section above.

Along with the switch to digital TV, the government are considering a switch from the analogue (AM/FM) radio spectrum to digital (DAB). This would free up the analogue radio spectrum to be auctioned off to other high-demand telecom services such as mobile phone service and Wi-Fi internet. It could also bring a wider range of stations to listeners.

However, a switch to digital radio would have to follow the precedent set by the digital TV switch – analogue will not be cut off before a certain percentage of the population have already switched to digital of their own accord. The Consumer Expert Group believes that this percentage should be 50%. WaveLength has argued this position while giving evidence in the House of Lords. For more on our opinion, see these blog posts.

Currently, fewer than 20% of radio listeners use digital (DAB) radios, although another 10% or so choose to listen online, through apps, or through their TVs rather than analogue radio. This means that for the time being, you don’t need to worry about a compulsory switch to analogue radio. However, WaveLength does provide digital radios as well as analogue for those who are concerned.